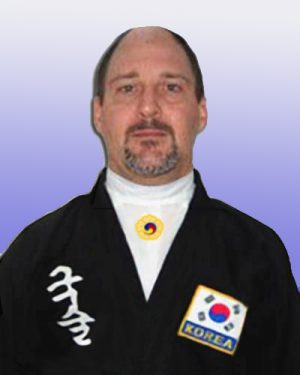 Despite being interested in martial arts since a very early age, Dickson Kunz didn’t find the right opportunity for a serious involvement until he was a teenager. However, since that time in the early 70’s, he has always maintained a “full-throttle” approach to his training. Introduced to Kuk-Sool in 1976, he knew that it was the only thing worth pursuing, since most other martial arts at that time were either too limited in their scope, or too secretive about how to apply the true principles for effective execution of the techniques.

Since Kuk-Sool was relatively new to the U.S.A. back then, finding an instructor was extremely difficult and he was forced to be content with the beginner’s curriculum he originally learned until 1978, when he became an official member of the World Kuk Sool Association (which he subsequently renounced in 2009 due to personal differences regarding certain policies, in particular, those dealing with a student’s welfare). Continuing non-stop with this premier martial art, he now holds the rank of 8th degree Black Belt with more than 40 years of teaching experience.

Renowned for numerous accomplishments, some worth mention are:

Master Kunz is well-versed in both empty-hand and weapon forms, and is extremely knowledgeable when it comes to joint-locks, pressure points, and Ki training, having been fortunate enough to study under some of the best Masters ever known to teach Kuk-Sool.