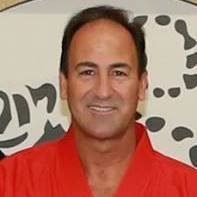 Grand Master Cayer is a 9th Dan in Shotokan Karate and has practiced martial arts consistently since 1972.  He has also achieved a 6th Dan Master ranking in Iaido & Kajukenbo. Other black belts include PKA Kick Boxing in 1979, Moo Duk Kwan in 1980, TaihoJitsu in 1982, Krav Maga in 2008, Police Combat Tactics in 2010, and Yoshitsune Combat Jujitsu in 2017.

Sensei Served the Ft. Walton Beach Police Dept as a patrol and Street Crimes Officer. In 2003 Sensei won the grand championship in the randori division at the Irish Cup in Dublin, Ireland while representing Team America with his Soke-Don Madden. In 2007 Joe was awarded the Bronze National Volunteer Service Award from President Bush for his free protection seminars and was also awarded a special recognition decree from the U.S. House of Representatives.

Grand Master Cayer reached a milestone in May 2019 for having taught over 28,000 women in his free women self-protection seminars. He was honored with the Florida Crime Prevention Leadership Award. Sensei was honored by FL Governor Rick Scott for his volunteer efforts for SEAL Team Six and the US Army Rangers.  He owns and operates Emerald Coast Martial Arts in Ft. Walton Beach, FL.